Paradox and the Gift of Discernment 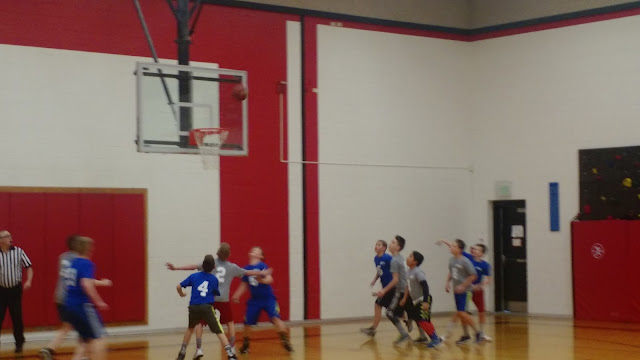 Paradoxes of the Gospel
For years I have been fascinated with the many paradoxes of the gospel.  For example, we've been asked to be anxiously engaged in a good cause, but also to not run faster than is needful.  We have been taught to "let you light shine that they may see your good works" and yet also warned to not "fast as the publicans, to be seen of men."  Men are that they might have joy, but there must be opposition in all things.  If we lose our life, we shall find it.  When we are weak, then we are strong.  The last shall be first and the first shall be last.  The Lord commands us to judge not and yet Moroni teaches us the way to judge.  In all of these paradoxes, we must find balance.  It's in this last paradox about judging that I think we find our answer on how to do that.

In D&C 46 we learn that we are given spiritual gifts so that we might not be deceived.  One of those spiritual gifts is the gift of discernment.  On the surface this gift is the ability to know the difference between right and wrong, good and evil.  In Moroni chapter 7, Moroni teaches that it is with the light of Christ that we are to judge, or to discern.  Every person who comes to the earth is given this light by which to judge good and evil.  Only after the gift of the Holy Ghost is bestowed upon us can we begin to develop the gift of discernment, the ability "to see things not visible and feel things not tangible." Elder Bednar expands our understanding by teaching that the gift of discernment is also the ability to see the good and bad in others and ourselves.  It is by strengthening this ability in us that we learn to balance the paradoxes and all that we need to do in this life to learn and grow to become like our Father in Heaven.

Adam and Eve:  The First to Discern
Adam and Eve are the first and greatest example of developing this gift.  They transgressed the first commandment (partaking of the fruit)..."and becoming as Gods, knowing good and evil, placing themselves in a state to act, or being placed in a state to act according to their wills and pleasures, whether to do evil or to do good."  This decision caused Adam and Eve to become discerning agents - - agents unto themselves, agents to act and not be acted upon.  It wasn't until after this choice that Eve understood "because of my transgression my eyes are opened and in this life I shall have joy (Moses 5:10)."

Did they really make a wrong choice?  Well, yes.  They did not obey the commandment of God.  However, I believe that they would have had to take the fruit eventually in order to experience "opposition in all things (2 Ne. 2)." Maybe their transgression lied more in the fact that they listened to the wrong voice. "The serpent beguiled me, and I did eat," Eve says (Moses 4:19).  The choice may not have been wrong, but the timing and the way in which it was made likely was the transgression here, yet our Father still provided the way in which we could repent and be redeemed because of our Savior, Jesus Christ.  Learning to discern, then, is obviously a large part of why we are here in mortality; for in this lesson from our first parents we learn that even they were beguiled by "one who transformeth himself nigh unto an angel of light" (2 Nephi 9:9).

Examples of  Using the Gift of Discernment
Allow me to share a personal example first.  I am an emotional person.  I cry easily and readily.  When I feel the Spirit in my life, I am often drawn to tears.  From the time I was young I received mixed messages about this.  I was told frequently to pull myself together.  And yet, I remember once bearing my testimony at a youth conference and no tears came.  I was so thrilled I ran home to share the news and was told, "Well, the spirit must not have been there." I was confused and have had to practice all of my life to discern if the tears truly were coming from the spirit or if they were due to nervousness, sleep deprivation (my latest plight), sadness, or some other emotion.  Likewise, those who hear me speak and see these tears have to discern for themselves where they are coming from and judge accordingly.

Another example can be found in how we sustain our leaders.  President Eyring states, "Without [the faith of the members], the bishop, who was called of God, will find it harder to get the revelation he needs to help them.  He will not succeed without the faith of the members to sustain him ."  In Moroni chapter 7 we learn that the Lord has sent angels to minister unto the children of men, to make manifest concerning the coming of Christ, and in Christ there should come every good thing.  Likewise, our current prophet, President Russell M. Nelson, teaches, "It is the right of [our leaders] to obtain the word of God with regard to the duties of their presidencies that they may more effectually carry out His holy purposes. [Leaders} seek to understand the will of God, and then carry it out;  and see that is it carried out by those over whom [they] have the charge."  Sustaining our leaders, however, requires that we become discerning agents.  This involves not only taking our leaders' words and actions by faith, but also taking their words and actions we don't understand and determining what to do with those feelings.

Sheri Dew shares a beautiful story of wrestling with the policy on children of gay couples not having the opportunity to be baptized.  Without doubting her leaders, she began to search in the scriptures, deepen her prayers and attend the temple to seek understanding of the doctrinal basis behind the policy.  Eventually, she came to a clear understanding for herself and was then more able to support and even defend this policy.  Similarly, but with somewhat different results, President Eyring shared another example. When he was a bishop, President Eyring had a young man come to him for counsel and counsel was given.  A week later the young man returned and said, in essence, "Bishop, that counsel you gave was wrong.  Let't try again. (The Lord Leads...)."  Both Sister Dew and this young man were discerning agents as they sought answers to their questions.  In their quests they strengthened the gift of discernment in their lives.

More examples can be found in the scriptures.  In the early day of the Church, many spiritual manifestations were upon the earth.  The saints were confused in how to tell the difference between those associated with the spirit of God and other sources.  In D&C 50 we learn that we reason together and come to a clear understanding of the truth.

The Sons of Mosiah were men of sound understanding, searching the scriptures, praying and fasting much so they would be able to discern. Ammon's ability to discern the thoughts of King Lamoni and teach his people are a result of that spiritual preparation (see Alma 17:2-3, 18:18).

We can develop this "supernal gift of discernment" by following these examples to "search diligently in the light."  Ultimately, it is the light of Christ and the gift of the Holy Ghost that show us the way to navigate the many voices and paradoxes we must traverse.  Most of the time the decisions aren't going to be between good and evil, but much more subtle.

The Gift of Discernment:  Love and Practice
One more paradoxical story from the scriptures may help to illuminate this  principle.  We all know the story of Mary and Martha.  When the Lord seemingly reprimands Martha I don't believe he is not telling her that Mary is better than her.  Martha was judging her sister, criticizing her choice at the time.  Maybe the Lord was teaching Martha about using the gift of discernment and teaching us all that sometimes it is needful to serve physically and other times it is needful to sit at Jesus' feet and be still.  Discernment will always come from a place of love, wherein judging will come from a place of criticism, disgust, fear, envy or even hate.

When we judge others or worry about making the right decision, we can become paralyzed with fear.  In order to become discerning agents we must push that fear aside, fill our hearts with love, and practice!  This past weekend Ethan had a basketball game.  His dad had motivated him to just shoot basket.  When that little boy got on that court I could see his eager desire and energy as he tried to make a basket, shot after shot after shot.  After the game, J said, "Hey good job shooting out there!"  Ethan responded, "But I didn't make any baskets." J's response hit me, "You don't make shots by not shooting!"  It's the same with developing the gift of discernment.  We will make mistakes and sometimes listen to the wrong voices, but we will never learn if we don't try.

Mortality is the time to try!  Adam and Even came to learn and understand that we needed this probationary time on earth to learn how to discern our Father's voice from Satan's.  We all needed a chance to practice so we could become like the Gods, knowing good and evil.  And so, let us fill our hearts with love so that we can "chase away the darkness." Let us become discerning agents, acting for ourselves and not being acted upon.  Let us love one another and recognize that we are all just practicing and learning to play the game.

"He that loveth not, knoweth not God; for God is love (1 John 4:8)."
Labels: Motherhood Spiritual Living