Youth: Involving them in the Lord's Battalion 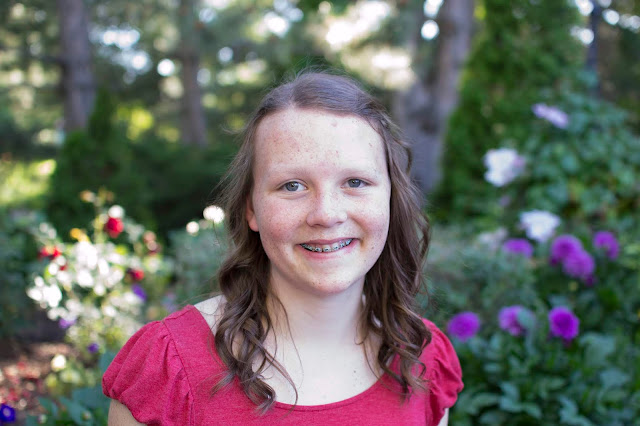 At the age of 3 my daughter, Brooklynn, was playing a game with her siblings and the babysitter.  The game was set up with all but one person sitting on one end of the room and the person who was "it" standing on the other.  The person who was "it" would shout out a characteristic and those with that characteristic would race to touch the person who was "it" first.  When it came to be Brooklynn's turn she started with things such as, "Whoever is wearing purple pants" or "Whoever has blue eyes."  Then, as is natural for her, she shouted out, "Who has Jesus in their heart?"  This question came from a Sunbeam teacher who's number one goal was that each child in her class would leave knowing that Jesus was in their heart.  Brooklynn has internalized this message from that early age and has never lost it.  She is a natural at ministering to the one!

Sister Bonnie D. Oscarson spoke of using the young women in the ministering. She said, "Brothers and sisters, our young women are amazing.  They have talents, unlimited enthusiasm, and energy and they are compassionate and caring.  They want to be of service.  They need to know they are valued and essential in the work of salvation.  Just as young men prepare in the Aaronic Priesthood for greater service as they advance into the Melchizedek Priesthood, our young women are preparing to become members of the greatest women's organization on the earth - - the Relief Society."

These characteristics: unlimited enthusiasm, energy, the desire to use their talents, and compassion are all things we can embrace and utilize by incorporating the youth in the work of salvation.  Already we are seeing women who are more energized and enthusiastic about ministering because of their interactions with the young women or their daughters.

Another blessing for the Relief Society sisters is that there are more opportunities to take on leadership roles.  The training and leading are no longer only in the hands of those with leadership callings.  One sister expressed to me that involving the young women in the work makes her want to be a do better so that they will have a righteous example to follow.  Another sister spoke about the privilege of modeling what she'd like her daughter to see and learn.  This will require stretching on our parts as we involve the young women and learn to let go, allowing them to take the reigns.  Through this process of mentoring future leaders, we have the opportunity to learn to trust them and they in turn will trust in themselves as they take on leadership roles in the future.

"[Involving the youth] mayh also simplify and srengthen these efforts within families as mothers and daughters, fathers and sons serve together (Ministering instructions, p.7)."   One sister recognized that she could now see her daughter as a person not just her daughter.  This mother finds joy in watching her daughter utilize her gifts and talents to bless the lives of others.  This can't but help the love between mother and daughter grow as they continue to serve their sisters together.

"Involving youth in ministering assignments incrases the reach of caring for others by increasing the number of members who participate (Ministering FAQs p. 7)."  Rather than carrying the load ourselves, we can reach out to the youth and utilize their strengths in furthering the work of the Lord.  I have noticed that weight lifted while serving with my daughter.  It is refreshing to ask her, "What do you think we can do for this sister?"   One mother also shared with me that one of the sisters they visit loves to do crafts, but she does not enjoy that!  However, her daughter loves doing crafts so now they can go visit and this sister no longer feels the burden of needing to fill that need herself.   Our youth have gifts, talents and personalities that can enhance our own gospel service and reach the hearts of those we serve.

Elder Robert D. Hales has taught us, "[Brothers and sisters], we are engaged in a battle between the forces of light and darkness. If it were not for the Light of Jesus Christ and His gospel, we would be doomed to the destruction of darkness."  The Lord has consistently used youth to do His mighty works.  Think of Mary, the mother of Jesus, so young and yet so necessary to the plan.  Christ Himself was found teaching in the temple at the age of 12.  And of course, the gospel of Jesus Christ was restored on the earth today because a young boy was will to pray and do the work necessary to obey the answer.

My favorite example is the story of Mormon.  At the age of 10, Ammaron gave him the task of retrieving the plates when he became 24.  When he was 11 years old, he was carried into the land of Zarahemla - - a very populous city and on the bring of war with the Lamanites.  Later we learn, "And I, being fifteen years of age and being somewhat of a sober mind, therefore I was visited of the Lord, and tasted and new of the goodness of Jesus.  And I did endeavor to preach unto this people...but I was forbidden to preach unto them, because of the hardness of their hearts....Therefore, it came to pass that in my sixteenth year I did go forth at the head of an army of the Nephites, against the Lamanites (Mormon 1-2)."  Think of the burdens that were placed on such young shoulders!  The Lord knew Mormon could accomplish the great tasks placed upon him.

And then there is David who, at a young age, defeated Goliath.  His response when confronted with the Philistine giant was, "Thou comest to me with a sword, and with a spear, and with a shield: but I come to thee in the name of the Lord of hosts, the God of the armies of Israel, whom thou has defied.  This day will the Lord deliver thee into mine hand... (1 Sam. 17:42-46)."

How do we instill such strength in our youth?  We use them!  We rely on and trust them!  Why does Heavenly Father entrust so much of His important work in the hands of the youth?  Because He knows they can do it!  President Nelson knows this as well as he has reached out to the youth of the Church inviting them to join the Lord's Battlion. The youth are being called upon again to usher in the 2nd coming of our Lord, Jesus Christ.  It is exciting! And we as leaders need them.  Again Sister Oscarson has counseled, "...the [youth]...are...needed and essential in accomplishing the work of the Lord in their families and in His Church."

The youth have been born "for such a time as this." They are equipped to do all the Lord has and will continue to require of them.  It is our opportunity as their leaders, parents and teachers not only to train them, but also (and more importantly) to give them opportunities to rise to the occasion.  We are not meant to teach them how we think things should be done, but to empower them to be their strongest selves as they learn to be the future leaders of Christ's Church.  We as leaders get to not only watch this happen, but make it happen for them!  What a challenge!  What a blessing!

“Is it any wonder that following the Savior’s visit to the Nephites, they lived in peace and righteousness for two hundred years? Because of miraculous instructions, blessings, and attention they and their children received, righteousness was perpetuated by their children’s children for many generations.  Let us not underestimate the capacity and potential power of today’s children to perpetuate righteousness.”
President Michaelene P. Grassli, Primary General President, Oct 1992
Labels: Motherhood Spiritual Living