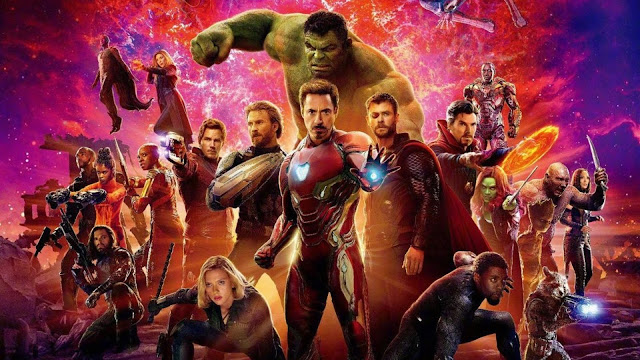 A few weeks before summer began, my son and daughter came home from watching Endgame  eagerly discussing plans to watch all 22 movies in the series.  I had no idea the hype Endgame was nor that the movies had all been building to something.  I mean, I liked some of the movies, but at one point had decided they were all the same.  However, feeding off the enthusiasm of my children, I began to spout ideas of basing our summer plan the Marvel movies.  I began to talk about unit studies and themes and learning activities, to which my kids responded with moans of, "It's supposed to be for fun, Mom!"  In the midst of all this chatter, Joel sarcastically declared, "It will be MARVELous." The moment he said it, he regretted those words coming out of his mouth.  Because this mother latched onto the phrase and designed.... 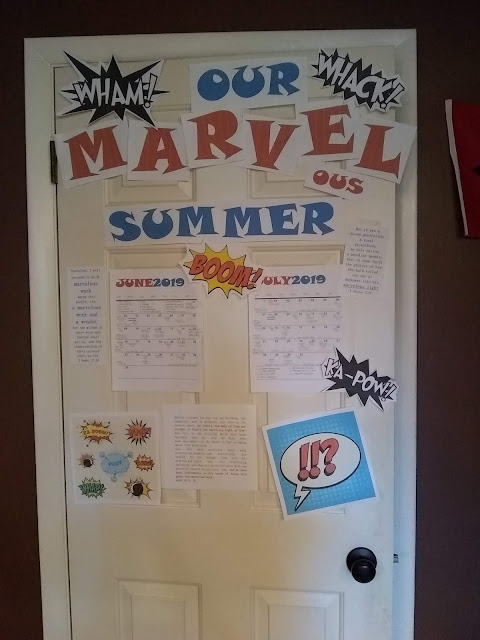 Okay, I'll be honest, I really did create a unit study type schedule based on the movies. But when you need to finish 22 movies in 12 weeks (minus all of the summer camps and job schedules to work around), you pretty much just have to watch the movies. But, that doesn't mean we didn't do a little bit of learning.

Before kicking off our movie marathon, I introduced some MARVELous scriptures.


Behold, I answer for you; for our brethren, the Lamanites, were in darkness, yea, even in the darkest abyss, but behold, how many of them are brought to behold the marvelous light of God! And this is the blessing which hath been bestowed upon us, that we have been made binstruments in the hands of God to bring about this great work.
Yea, they were encircled about with everlasting adarkness and destruction; but behold, he has brought them into his everlasting blight, yea, into everlasting salvation; and they are encircled about with the matchless bounty of his love; yea, and we have been instruments in his hands of doing this great and marvelous work.

And for anyone interested in the unit studies that can be done with these movies, here is the list I made up. Maybe in another lifetime I can spread the movies out over a year and then follow the plan! 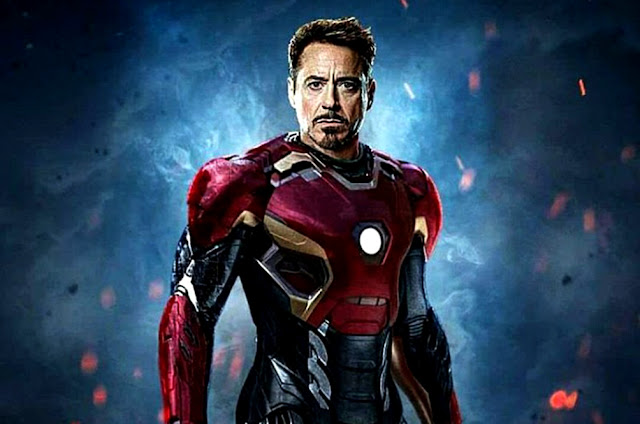 Final Word
Though we didn't follow the plan above, there were some unexpected moment that occurred for me as we watched the movies.
#1 - I did not expect to fall in love with the Avengers. I loved almost every character! Iron man unexpectedly became my ultimate favorite and I could do without Thor.

#2 - There are some great discussions that can come from these movies. Ethical, moral, behavioral questions and discussions arose from this intricate saga. Familial relations, choice and accountability, character development, working with others to solve big problems, courage, time and possibilities...the list goes on.

#3 - I did not expect to cry when it was all over! Not only was I mourning the loss of some beautiful characters, but also the end of our family moment. I could not have planned a better activity with kids ranging from age 2-17! These movies gelled us together.

So, maybe we didn't go hiking, or camping, or travel or visit the lake, in that regard it was a pretty lame summer; but despite the stress we encountered through it all, we did create an incredible memory. It truly was MARVELous!
Labels: Educational Living Living with Our Family