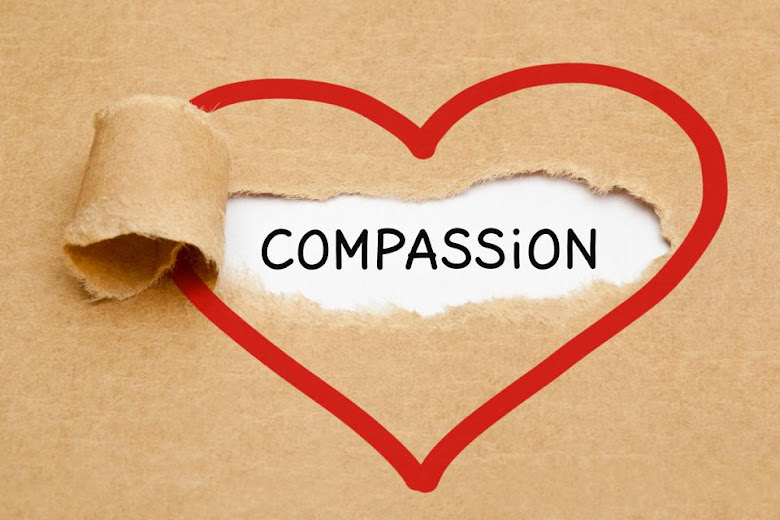 There is so much controversy in the world today!  The topics of a pandemic, public education, economic downfall, racism, religious freedom, refugees and immigration, and global unrest permeate every conversation with varying viewpoints on every side.  Oftentimes it’s difficult to discern the truth amidst all the cacophony of voices!  In social media realms there is little curiosity and much judgment, little understanding and much criticism.  In short, I am seeing a lack of compassion.
What is Compassion?
Compassion is “suffering with another...a sensation of sorrow excited but he distress or misfortunes of another....Compassion is a mixed passion compounded of love and sorrow.”  A lot has been said in the world about empathy and I’ve asked myself what is the difference between compassion and empathy.  “While empathy refers more generally to our ability to take the perspective of and feel the emotions of another person, compassion is when those feelings and thoughts include the desire to help.”  (I would add the desire to understand in this definition as well.)
I was particularly moved by the compassion in Alma during our Come, Follow Me studies the past two weeks.  Alma and Amulek are doing the hard work of teaching the Zoramites — an apostate sect of Nephites (Alma 30:8). They were a hardened group of people who worshipped their own righteousness more than God (Alma 31:15-18).  They mocked, belittled, and shunned anything that was taught by others.
What is our typical reaction when we come across such individuals?  Maybe we turn away, unsure of how to respond.  Maybe we ridicule and go to our own place of self-righteous judgment.  Maybe we criticize and argue with them, trying to convince them of the error of their ways.  (I'll admit, I've been guilty of all such responses.) Very seldom do we see such behavior treated with compassion.  And yet that is exactly what Alma shows us.
“Now it came to pass that after the end of Korihor, Alma having received tidings that the Zoramites were perverting they ays of the Lord...his heart again began to sicken because of the iniquity of the people.  For it was the cause of great sorrow to Alma to know of iniquity among his people; therefore his heart was exceedingly sorrowful because of the separation of the Zoramites from the Nephites (Alma 31:1-2).”  Notice that the words used is “sorrowful” — not judgmental, not critical, not angry — sorrowful.  His heart was grieved because of the loss and hardness of his brethren. This shows Alma’s deep compassion.
Later in the chapter we read Alma’s prayer:
“O, Lord God, how long wilt thou suffer that such wickedness and infidelity shall be among this people?  O Lord, wilt thou give me strength, that I may bear with mine infirmities.  For I am infirm, and such wickedness among this people doth pain my soul.  O Lord, my heart is exceedingly sorrowful; wilt thou comfort my soul in Christ (31:35-36).”
Again see the heartache.  Why is Alma so grieved about this people, the Zoramites?  Why does he care?  Why does it matter to him?  These people were once his brothers and sisters in the gospel.  He has great care and love for them.  Thus, his sorrow is founded in his relationship with them and with God.  His desire is to bring them back to the knowledge and understanding of the loving God they once knew.  His heart as filled with pain because of his compassion toward them.
One last verse:
“Now Alma, being grieved for the iniquity of his people, yea for the wars, and the bloodshed s, and the contentions which were among them; and having been to declare the word...among all the people in every city; and seeing that the hearts of the people began to wax hard, and that they began to be offended because of the strictness of the word, his heart was exceedingly sorrowful (Alma 35:15).”
Again these words:  sorrowful, grieved.  I personally do not hear feelings of judgement in these words.  What in Alma is a great compassion and desire for the welfare of his brethren — despite their wickedness.  We all can learn from this great example of Alma and show compassion toward our brethren, toward all humankind.
When Christ was on the earth, teaching  and preaching unto the people (as was Alma), “when he saw the multitudes, he was moved with compassion on them, because they fainted, and were scattered abroad, as sheep having no shepherd (Matt. 9:36).”  When we foster such compassion in our hearts we will not longer desire to be right or to condemn; rather, we will be driven to love and serve our neighbors, listen to understand, and to express kindness in a world that is urging us to do the opposite.  We can foster such compassion by starting our day with God in mind, pausing before speaking, and pulling from our own experiences while practicing our ability to relate to one another.
This earth life is hard enough as it is without the constant turmoil and contention brewing.  We owe it to ourselves and our children to create an environment, a culture if you will, of compassion. There is no better time than today to start the trend!
- - - - - -
In a very real way, the Master speaks to us: “Behold, I stand at the door and knock: if any man hear my voice, and open the door, I will come in to him.’ Let us listen for His knock.  Let us open the door of our hearts, that He—the living example of true compassion—may enter...”
- Thomas S. Monson, April 2001 -
Labels: Spiritual Living