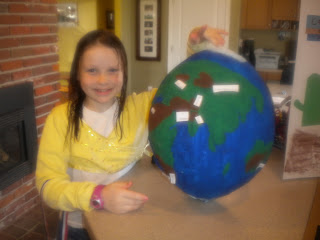 There was a project fair at the school JW attends, and so I got my kids at home to participate as well!  We were studying deserts already, so we decided to make a large paper mache glob and then label the major deserts around the world. 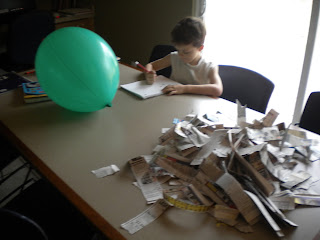 First get a large punching balloon and rip up lots of newspaper in strips. 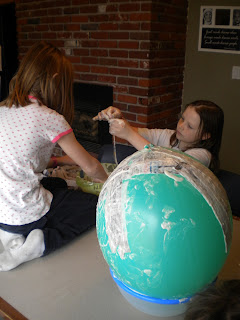 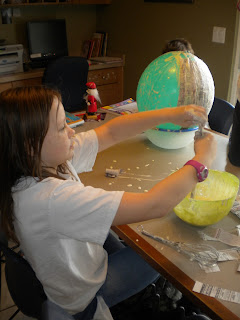 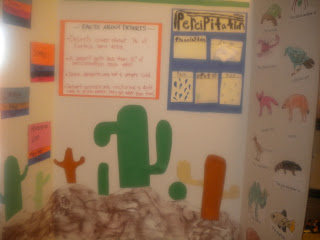 We also made a poster of all we learned about deserts.  Each child took a part:  animals, types of percipitation and food chains of the desert.  I added some other facts about deserts. We used watered down elmers glue and a paint brush to hold the sand on at the bottom.
I think it turned out quite well!  :-) 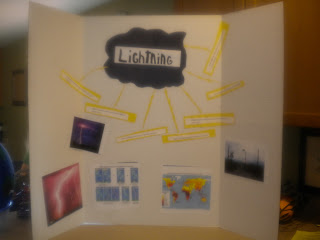 JW's project was on lightening.  He created this board and also had an experiment using a balloon, wool and a screw to show static electricity.  It was inside a box so you could see the spark.  It was great fun!
Labels: Educational Living