I Hit the Target! 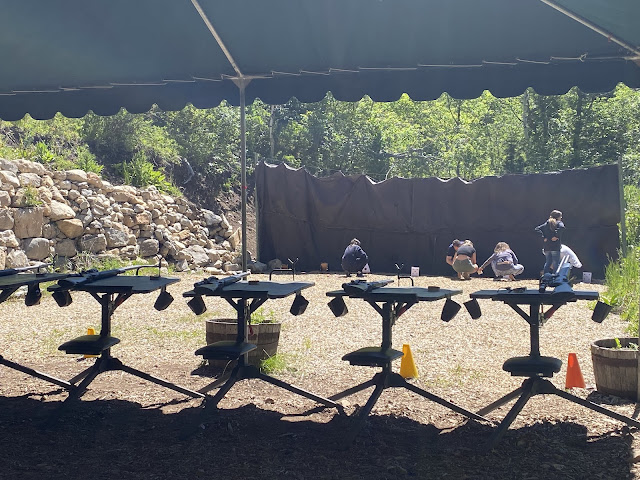 Every time I have an opportunity to shoot an air rifle, I can’t do it!  I don’t know how to aim.  I hardly hit the target.  Nobody is really helping me.  And I just get super frustrated!
I had a moment this week.
We are at a family reunion and the option to shoot air rifles was available.  When I signed up I thought, “This is my chance!  I’m going to do it this time!” I signed up alone, but shortly after other family members signed up with me. Honestly, I was a bit discouraged because I didn’t want the added pressure of trying to perform for others or feel competitive comes alive in me in such situations.  However, I decided I wasn’t going to let that matter.  I was going to master this thing! 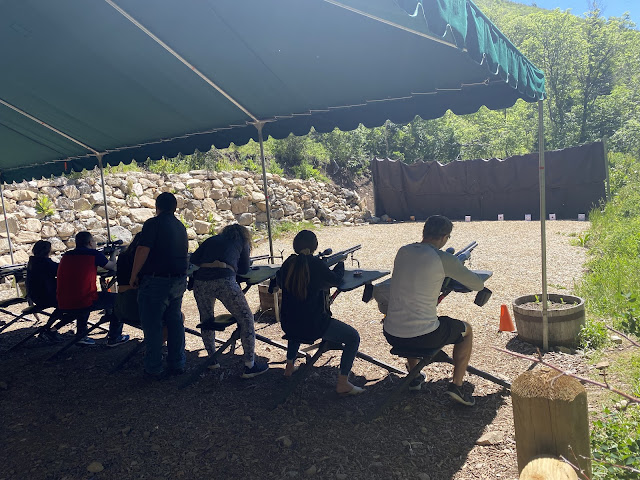 The day of rifle shooting came.  We all sat down and listened to the safety lecture.  Then, the shooting began.  Right off, I couldn’t even see the target through the scope.  A guy waiting for his turn alerted me to the fact that I might need to look through my other eye.  Well, duh!  My right eye has low visibility, so of course I would need to look through my left eye.  First issue fixed.
With my new vision, I looked through the scope and lined up the scope lines with the center of the target. Aim. Center. Shoot.  Every time.  I thought I was hitting something every time, too.  Until my husband was looking at everyone’s target and said, “I don’t see any holes in your paper.”  I was suddenly frustrated and before I could do any real correcting, our time was up.
Then comes the great part when everyone shows their targets, declaring how they did!  I could feel the tears welling up and wanting to get out.  I didn’t know why I was so bad at this!  I hated feeling like the worst in the group.  I hated the comments — both on my lack of holes and on their many holes (particularly in the black).  Finally, I just had to let the dam break and walked ahead of the group, ignoring them all.  I just wanted to make it to my room so I could fall apart privately!
And I did.  I sat in my room  and cried for a good thirty minutes or so.  I knew it was ridiculous, but it was such a trigger for me!  I started to use some positive self talk, “I can do this!  I’m not a loser! I have to try again!”
So I did.  I pulled myself together and I hiked back up to the shooting range.  I didn’t have a reservation, but I knew that at some point one person wouldn’t show up.  When I arrived, I told the shooting master that I would like to take an empty spot.  He said, “It looks like there’s one right now.”  I entered the range, taped my target on the block, and took the available seat.
Again, I listened to the safely instructions.  Again, I loaded my rifle.  Again, I aimed to the center of the target.  Again, I took my first shot.  I hit the paper!  Based on where my shot landed, I adjusted my rifle for my next shot.  Bang!  I hit it again.  It was in the black.  And so I took another.  And another. And another.  I was hitting the target! 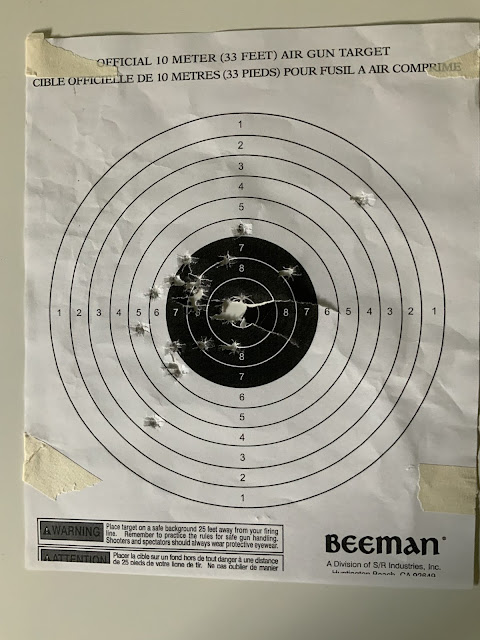 Victory feels good. No, it didn’t matter that I wasn’t good at rifle shooting (I’m still not!).  It didn’t matter that other people were better than me.  I was not worse of a person because I didn’t have this skill.  I could have found a way to feel good about myself without going back to shoot.  But I needed this for myself.  I didn’t need to prove to others that I could shoot silly target! I needed to prove it to myself that I didn’t need to let the target to have power over me.
We let so much control us and our emotions.  This was more than just about shooting a target.  It was an opportunity where I could allow the experience to make me feel like a failure, worthless.  Or I could overcome the challenge and hit the target! I chose the latter and did just that.
- - - - - - -
“We are confronted each day with choices that require us to choose between ‘the one or the other’ — meaning, between light and dark, between pleasure and pain, and between good and bad….Enticements, both positive and negative, are real, and it is what we choose to do with them when they occur that will make all the difference in our daily lives.”
Joy D. Jones
Labels: Joyful Living Spiritual Living