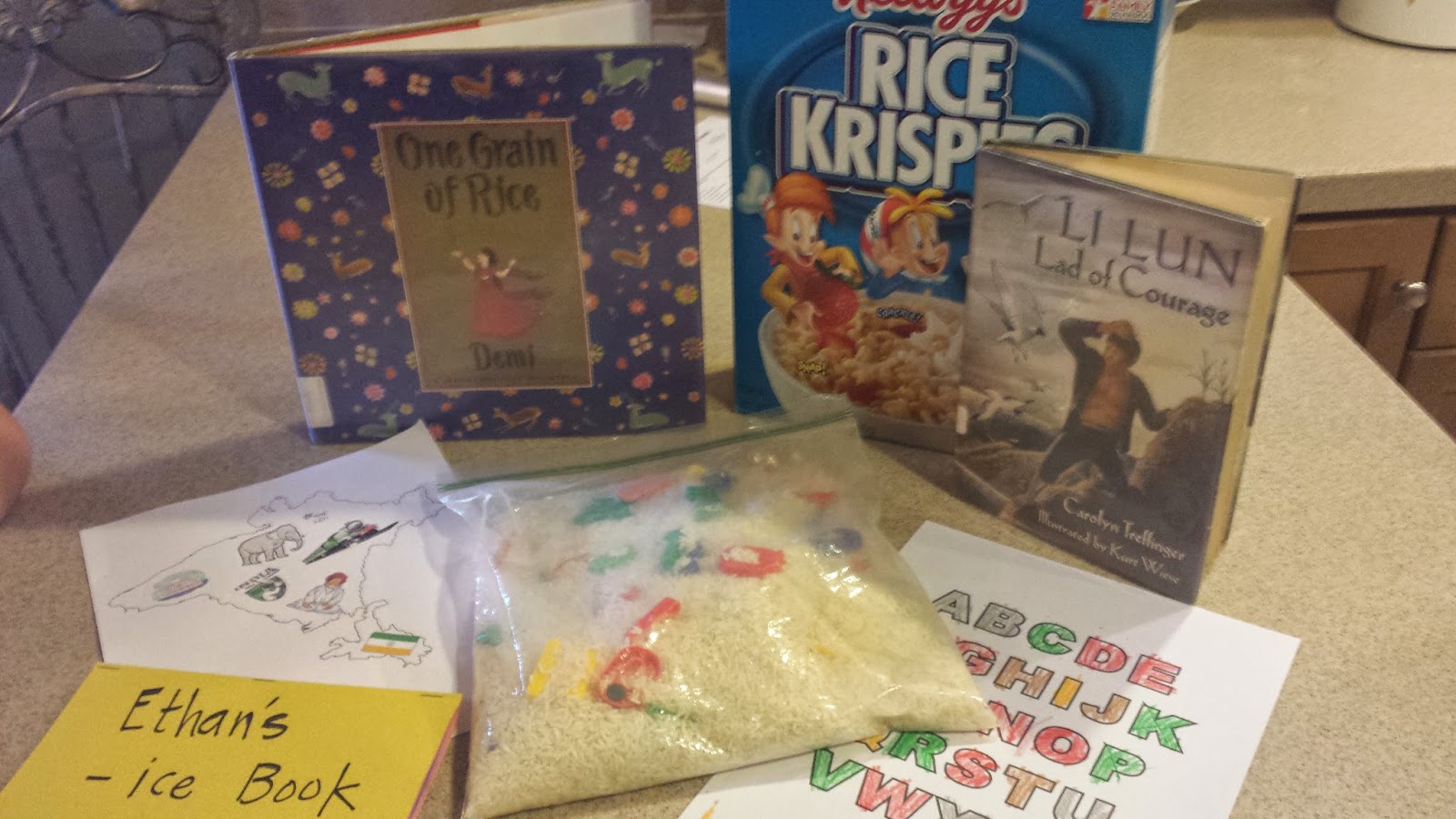 Last week we talked about RICE.  Strange topic, but there are some fun ideas out there!  Some of the thing we did:

** Started Reading Li Lun, Lad of Courage.  It's about a boy who doesn't want to become a fisherman like his father and so as "punishment" the father sends him on a quest to plant 7 grains of rice on top of the highest mountain in their village.  The order?  He is not to come back down until he has produced seven times as much rice as he was given.  It's a beautiful story!

** Followed some of this unit study for the book One Grain of Rice.

** I made an alphabet & number rice bag.  The boys colored in each letter or number as they found them in the bag.  They had more fun with this than I expected, actually!  :-)

** E made an -ice book.  He had to come up with words that rhyme with rice, write the word and draw a picture.

** Also, because One Grain of Rice is set in India, I printed off blackline maps of India.   The boys then went on the computer to look for pictures that had to do with India, printed them off and glued them on the map.