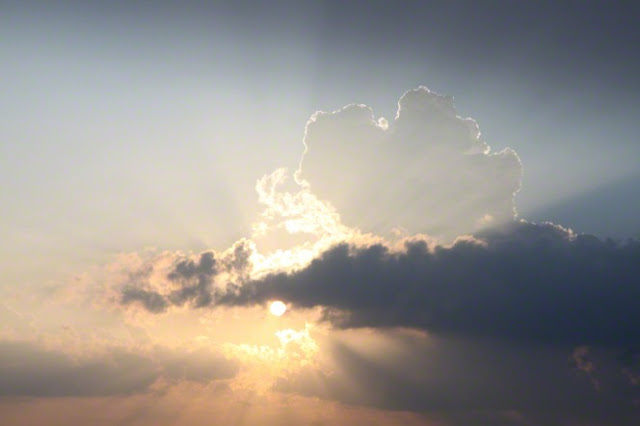 I have been thinking a lot about asking questions lately.  In preparation for a teacher training meeting awhile back, I asked each participant to read a conference talk and come with questions that came to mind.  During the meeting I asked what questions they had written.  I was a bit surprised when one sister gave a brief monologue about how beautiful the talk was but posed no question.

Likewise, in a recent lesson I was teaching, I asked the sisters to think of any questions that came to mind while we read a passage of scripture.  Again, no questions were posed, only comments about what the verses meant to them.  Maybe I didn't give them enough time or maybe it was the wrong setting for such a request, but I still found it interesting that nobody thought of a question.

Both experiences caused me to think about the process of asking questions and how often we ask questions ourselves.  I, for one, can't say that I was born with an inquisitive nature.  My husband, on the other hand, questions everything!  As I have been married to him and had my own experiences, questions have become second nature to me.  When I read the scriptures, I will often find myself asking questions rather than highlighting inspirational verses.

Chapters 11-15 in 1 Nephi are replete with questions. Several questions are asked by Nephi, by an angel and by Laman and Lemuel.  I became intrigued by their questions and wondered how they were the same or different than the others.  As I created this table a few thoughts came to mind.

Questions Leading to Conversion
In the examples above there are different types of questions.  The angel asks Nephi what he wants, what he knows, what he sees and what he remembers.  These are important questions that seem to go straight to the heart.  The angel is taking what Nephi sees, what he already knows and building on that knowledge. "Yea, thou knowest I believe all the words of my father...blessed art thou Nephi, because thou believest int eh Son of the most high God; wherefore, thou shalt behold the things which thou has desired (11:5-6)."

When Nephi is speaking to his brothers, he tries the same tactic, but it feels different.  We can almost hear his own frustrations with his brothers.  When they express their lack of understanding, he asks, "Don't you remember?" and "How can you be so hard in your hearts?"  Nephi is responding to the resistance he is getting from his brothers.

From the questions of Laman and Lemuel we gather that they are focusing on the things they don't know and understand,  a few times even mentioning that they don't or can't understand what is being taught.  Thus, they are frustrated and harden their hearts, shutting off the possibility of hearing truth.  At one point their demeanor seems to change and they start to ask for the meaning of the dream Lehi had.  These last questions appear to be sincere.  And yet, in the end they proclaim, "Thou hast declared unto us hard things, more than we are able to bear."  Again, Laman and Lemuel choose to focus on the things they don't understand.

There are a few things we learn from Laman and Lemuel's questions.  First, they allow their lack of understanding to diminish their ability to believe.  Elder Neil L. Anderson addressed this issue in his talk, You Know Enough.  He's speaks of those who are preparing for missionary work and don't feel they know enough to preach the gospel.  He simply tells them to focus on what they do know, the rest will come.  I have one daughter who will get easily frustrated if she doesn't understand something right away.  We need to take breaks, step back and baby step her through the things that are hard to understand.  I see Laman and Lemuel having this same stumbling block.  Nephi, on the other hand, admits that that he doesn't know all things and doesn't allow that lack of knowledge to inhibit him in learning more.  "And I said unto [the Spirit]: I know that he loveth his children; nevertheless, I do not know the meaning of all things (11:17)."

The second thing we see with their questions is that they don't want to do the work it will take to truly find answers.  "Ask and ye shall receive, seek and ye shall find, knock and it shall be opened up to you."  It requires real action - - asking, seeking and knocking - - to come to the truth.  Michael A. Goodman, a professor at BYU has said,  "When Laman and Lemuel didn't understand Lehi's words, they would argue among themselves and even ask Nephi about their meaning; but they refused to exercise the faith and effort necessary to obtain an answer form the Lord (see 1 Nephi 15:8-9).  Their lament that 'the Lord maketh no such thing unto us' was not an indictment of God but their own lack of effort."

There is a third piece to asking questions that is necessary for coming to the knowledge of God.  On the surface, the questions Laman and Lemuel pose don't appear to be that different from Nephi's.  The tone, however, is what distinguishes Nephi's ability to understand and come to full conversion.  "Have ye inquired of the Lord?" Nephi asks his brothers.  This is the difference.  "Laman and Lemuel ultimately refused to humble themselves and turned away from the Lord," Goodman continues.  Therefore, all questions hinge on the heart of the asker.


Personal Application
We have been trying something new for our family scripture study this year.  In the past we would wake up bright and early, sit on the couch or lay on the floor, read a few verses each, say prayers and get on with our lives.  There wasn't much discussion happening.  It was a great way to wake up!  But this year, reading the Book of Mormon, we wanted something different.  Now we give the kids the reading block and read the assignment ourselves.  We asked them to come prepared with both thoughts and questions that come to mind as they read.  Their questions have been super insightful. As we create an atmosphere where asking questions is acceptable, we are able to see into the hearts of our children at a deeper level.  As we observe their responses to answers, we also catch a glimpse of whether or not they are truly becoming converted.  It's been fascinating and I hope it will continue throughout the year.

I have grown to love questions!  My favorite group of questions in this scripture block come from 1 Nephi 15:15.  Nephi teaches his brothers about the Gentiles becoming a part of the House of Israel by understanding His true points of doctrine.  He then exclaims, "And then at that day will they not rejoice and give praise unto their everlasting God, their rock and their salvation? Yea, at that day, will they not receive the strength and nourishment from the true vine?  Yeah, will they not come unto the true fold of God?"  Nephi is emphasizing, through questions, the joy and blessings that come from making covenants with Heavenly Father. It's like he's asking his brothers, "Don't you want that, too?"

Cecil O. Samuelson once said, "One of the key ways that we learn...throughout life is by asking questions (speeches.byu.edu, Nov. 13, 2001)."  As we ask our questions, we can be sure we are asking with sincerity when we humble ourselves and push through the stumbling blocks when we lack understanding.  The Spirit will ultimately teach us and guide us in our quest for truth.

"And this is the confidence that we have in him, that, if we ask any things according to his will, he heareth us: And if we know that he hear us, whatsoever we ask, we know that we have the petitions that we desired of him."
1 John 5:14-15