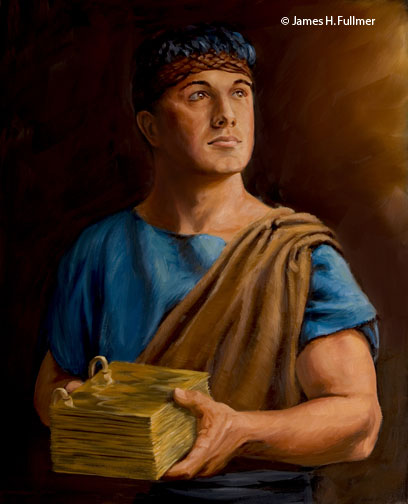 This question arises when we view the word favored in it's limited meaning:  favorite, best-liked, privileged, or preferred.  The Lord does not necessarily prefer one person over the other; however, He is bound to bless those who obey His commandments (D&C 82:10).

But for further understanding, in the 1828 edition of Webster's dictionary we find some more applicable definitions to this word.  One word that struck out to me was that to favor is to support.  For example, "to be in favor of a party is to be disposed or inclined to support, to justify its proceedings and to promote its interests."  In light of the Lord's favor then, we can understand that as we make righteous decisions, He will support and promote our interests. He will help us in our righteous desires.

Another definition we find is "an act of grace or good will."  In Matthew we learn that "he maketh his sun to rise on the evil and on the good (Matt. 5:45)."  The Lord is eager and desirous to pour down blessings upon all of His children.  When Nephi says he has been highly favored, I can imagine he is looking back on his life and recognizing the many blessings he had received.  We can all have that same gratitude as we look backwards and in the present moment.

And lastly, (I liked this one), to favor someone is to "resemble in features."  A child might favor his mother or father, having similar features and mannerisms.  To be favored of the Lord could also mean that we are made in His image and are striving to become like Him in all that we do.

Being chosen can also be a part of what it means to be favored of the Lord.  In 1 Nephi 1:20 we read, "But behold, I Nephi, will show unto you that the tender mercies of the Lord are over all those whom he hath chosen, because of their faith, to make them mighty even unto the power of deliverance." Again, this phrase "whom he hath chosen" can cause us to tailspin, wondering if we have been chosen.  When I read the word chosen, though, I think more about responsibility than I think about being favored.  And yet, they were chosen "because of their faith."

This thought can be portrayed in the fact that Mary was "favored of the Lord" to bring forth our Savior into the world.  Jospeh Smith has likewise said, "...we are the favored people that God has made choice of to bring about the Latter-day glory; it is left for us to see, participating in and help to roll forward the Latter-day glory, 'the dispensation of the fulness of times, when God will gather together all things that are in heaven, and in all things that are upon the earth...' (TPJS, p. 231)."  To be chosen thus, means to have great responsibility in following the commandments of the God and helping Him bring to pass His work and glory.

Other groups of people in the Book of Mormon were also highly favored because they humbled themselves and rid themselves of contention (Alma 48:20) and "they were perfectly upright and honest...firm in the faith of Jesus Christ (Alma 27:27, 30)."  Again, we can be found highly favored as we strive for these same characteristics.

But it's not only in the doing of these things that we become highly favored.  Remember the definition that we are made in His image, that we are His children.  Again, the paradox: "Behold, the Lord esteemeth all flesh in one, he that is righteous is favored of God (1 Nephi 17:35).  God loves all of His children perfectly, not because they are perfect but because His love is perfect.  We are his children.

I am led to believe that whether or not we feel chosen or favored of the Lord is up to us, not Him.  We choose if we want to be chosen.  And the instant we choose to follow Jesus Christ, to bind ourselves to Him through covenants and ordinances, to repent and turn toward God, it is in that instant that we become highly favored.  The Lord will not withhold any blessings or opportunities just to prove a point.  When we choose Him, we become favored - - in that moment.

Brigham Young once said, "I know this day that I have favor with God; and I would not do anything that would deprive me of this for the world and all that is in it (JD 10:365)."  As we choose to seek God, we can all say this same thing with assurity.  Every morning I can wake up and declare this statement, with hopes that throughout the day I will remember Him and bless his children. Every day I can choose to be righteous and have the assurance that I, like Nephi, am highly favored of the Lord.