Coolest "Class" of the Year

My daughter and I were contemplating with fascination today, the fact that we have a bunch of dead animals sitting in our basement.  It's true!  This year we decided to team up with a couple of other families to try our hand at dissection.  It's been awesome!  Here's what we've dissected so far. 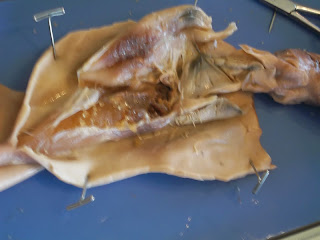 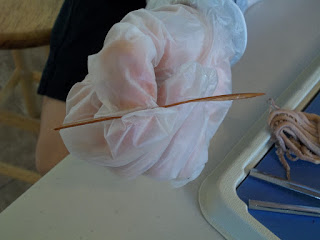 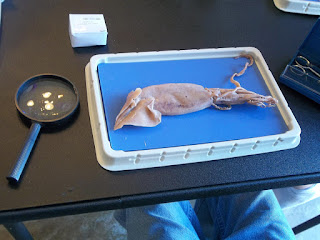 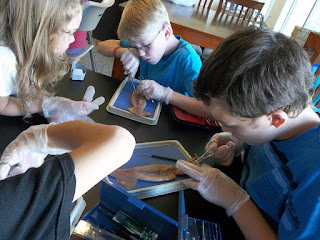 And today we tried starfish.  Word of caution:  the starfish is MUCH more challenging than expected!  I, personally, thought this was the grossest one so far!  We are finding, as the mothers, that the kids really just want to "dig in" rather than actually see the real stuff inside.  The starfish was especially tricky with that and most of them had all their rays cut off by the end of the day!  Still, it's been fascinating to learn about different specimen and then cut them all open. 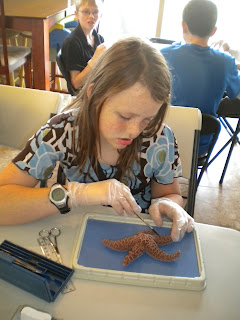 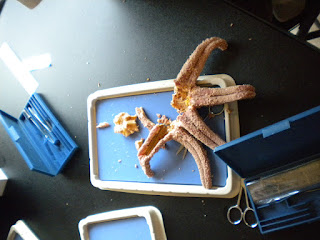 **You can order dissection tools and specimen at Home Science Tools.