Eastern Trip: Driving and Little House on the Prairie 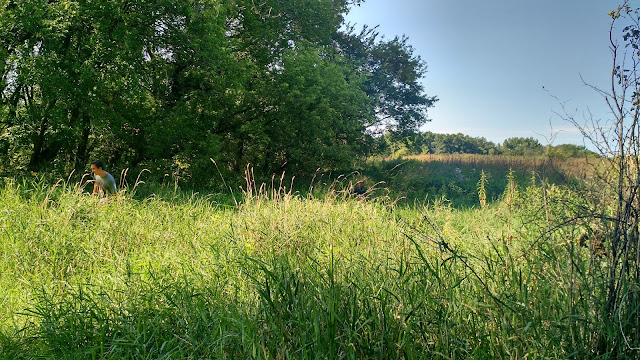 Today was another long driving day...to a place kind of in the middle of nowhere.  Ethan, David and I had read the first few of the Little House on the Prairie series together and were excited to see where Laura had actually lived. 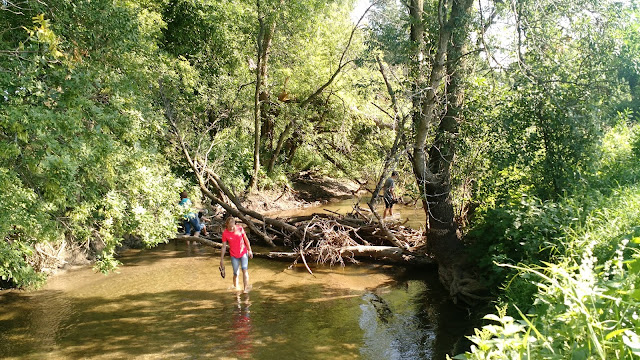 We were most excited about the sod house they'd lived in (from On the Banks of Plum Creek).  However, when we got there we realized that the house doesn't actually exist, there's just in indentation in the ground where it used to be. 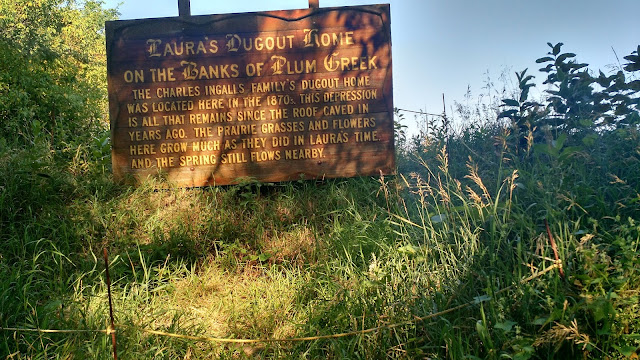 So, the three of us took a tour of the museum which has a replica of the house.  It was actually a really cool museum. 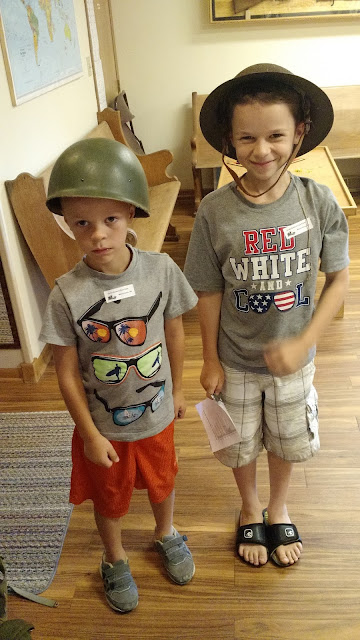 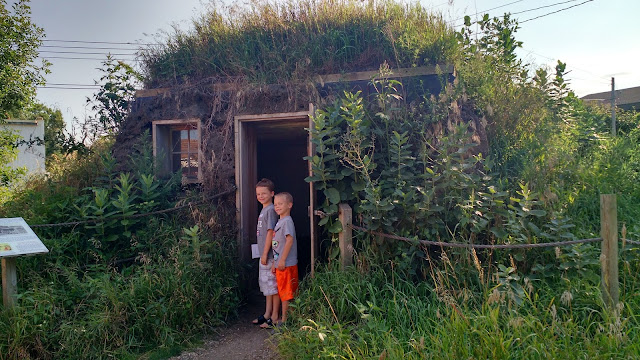 We didn't have a whole lot of time before closing because of our driving adventures earlier in the day. 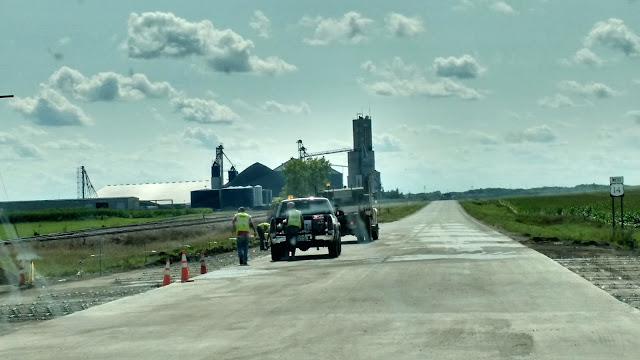 As we made our way to Walnut Grove, the GPS led us to a closed road.  Well, J. ignored the signs and continued driving....only to find more "Closed Road" signs.  Again, he bypassed them.
Finally we met a construction worker who was like, "I don't know, Man.   You better get off this road cuz there's nothing past this and those guys comin' right now will not be happy if you're here.  If I were you, I'd go back and follow the signs." 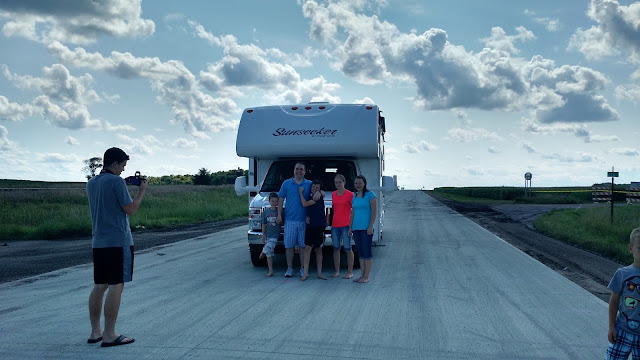 Well, what do you do when you're in an RV and there's nowhere to turn around?  You drive backwards for awhile until you find a place where you can do a 15-point turn (never learned that one in driver's ed!).  Somehow J. managed to get us out of there and onto safer roads again. It was quite the adventure! 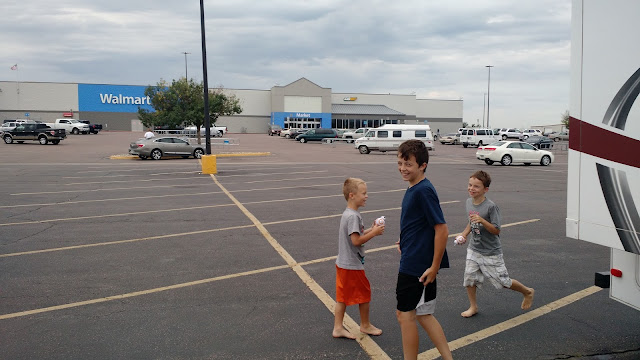 Because we were behind in our schedule, we decided to skip De Smet, another Little House site and head toward Mount Rushmore.  We ended up staying at a Walmart that night where the boys made up their own kind of fun (who needs grass and a playground?!).
Labels: Living with Our Family Motherhood