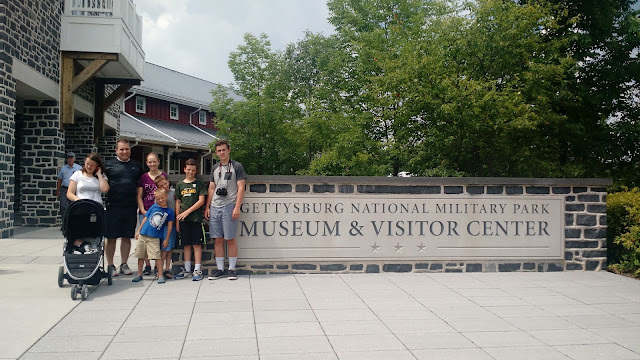 Today we woke early and drove four hours to Gettysburg. While there we watched a film and toured the museum. The museum is huge! It's amazing how much information there can get on just one 3-day event. 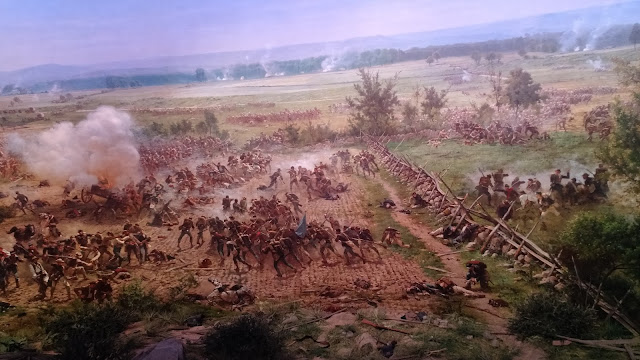 The coolest part was seeing the largest oil painting in the Northwest!  It goes clear around the room and is absolutely stunning. 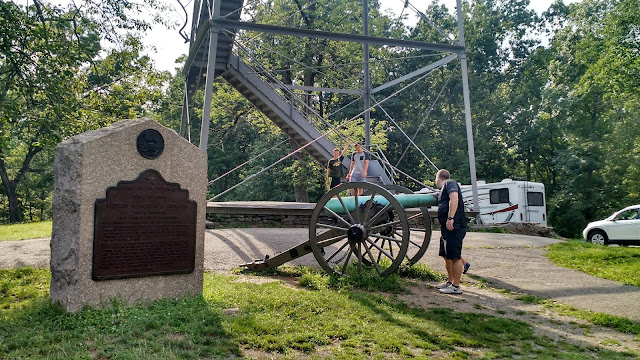 We also took a moment to drive around the battlefield of Gettysburg and the soldier cemetery. I would have liked to spend more time walking around there rather than spending so much time in the museum. Next time... 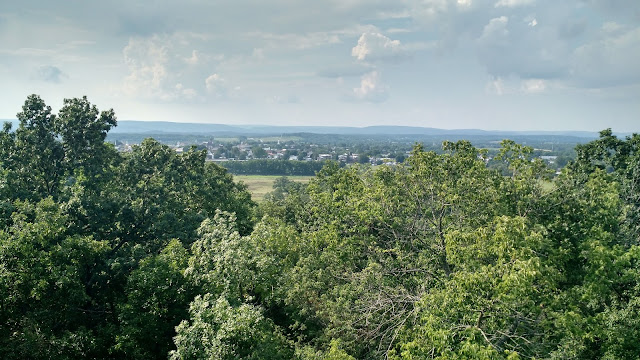 Joel declared this to be his favorite site so far. 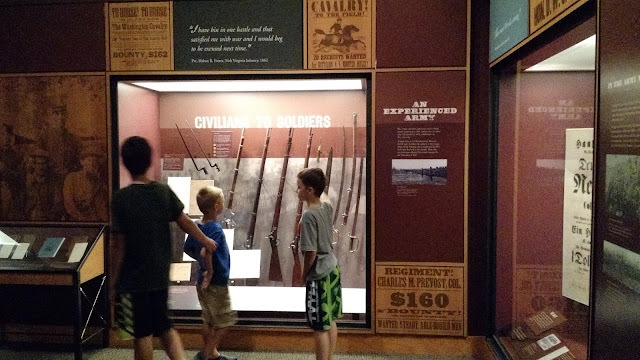 When David was asked why we fought the Civil War he said, "Because people wanted slivers!" (aka slavery)
Labels: Living with Our Family Motherhood