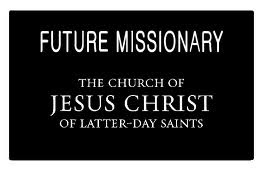 It was announced at General Conference this weekend (as most of you know) that the eligible missionary age was changed for both young men and young women.  I have to tell you that tears came to my eyes with this announcement and when I asked my husband if he'd heard the news he responded, "Yes!  And I felt power at that moment."  It truly was a prophetic moment.

Change in the way things are run within the Church is often met with anticipation, excitement as well as some doubt and opposition.  Usually, changes are not easily accepted by me.  When certain changes have occurred in the past, I have been somewhat...I won't say doubtful...but close.  :-)  I like to think, "If things are working well, why change it."  But, I have to remind myself that just because it's working for me doesn't mean it's working for everyone.  ;-) 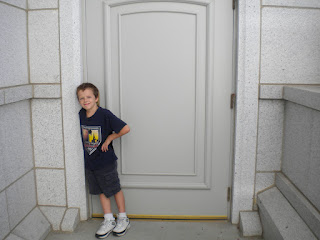 With this new announcmenet, however, I truly felt instantly the necessity for this change.  Coupled with the announcement of the new youth cirriculum for 2013,  I feel like it was almost a call to increase our efforts because the end is coming nigh.  I immediately thought of my own sons and where they might be on their journey to becoming missionaries.  I especially thought of my daughter, B, who has expressed sincere and passionate desire to serve a mission.  She was giddy with joy in realizing that she could go as soon as she turns 19 rather than waiting for three more years.


And yet, really, the bar is being raised for parents as well.  Raised for us to recognize that we need to prepare our youth for earlier service, to be more committed at home in teaching our youth the things they need to be strong in the increasingly evil world around them.  Oh, the power that came with this prophetic change and the desire that was stirred in me to increase my efforts and be "more diligent at home" (see Elder Bednar 2010).  What a great responsibility and privilege it is to be the parents of this rising generation.