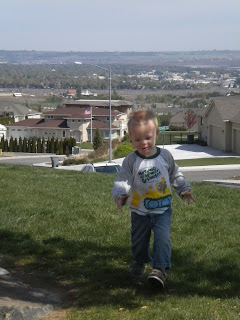 My visiting teacher asked me the other day if he's different or the same as my other kids.

The only thing I could think to say was that I do not remember having a terrible twos child before.  Now I do. 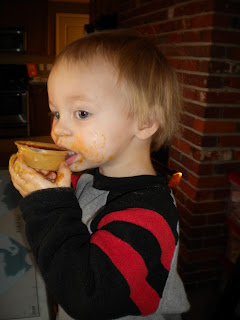 As delightful as this child is (oh, his smile wins everyone over), his lack of understanding with regards to  boundaries is scary and exhausting.  He will go with whoever wherever and do whatever whenever.

He has rightfully earned the nickname, "Ferral Dave" in the ward.  One sister recently referred to him as, "The ward's baby."  Yes, he has stolen the hearts of many....his mother's and father's included. 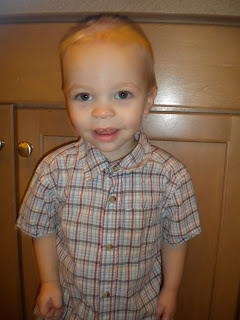 As the youngest of six you can just imagine his desire to be in the spotlight wherever he goes...he's been trained well.  He never shies away from a photo opportunity (thus his joining of the women's retreat photo).  Be careful laughing at him because he won't stop, even to the point of destruction.

This kid is just sheer delight in our home.
If he doesn't kill himself off, we'll keep him. :-)